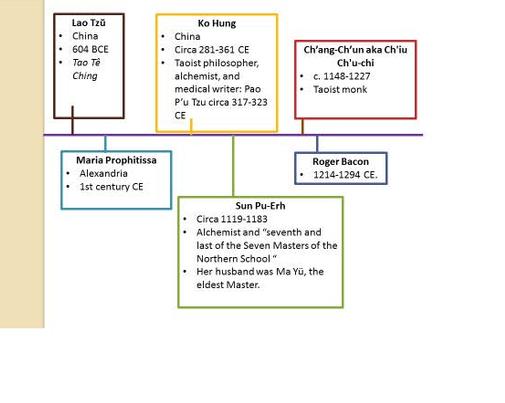 Joseph Needham argued that Western science had traditionally traced its roots from the time of the Greeks through the European Renaissance. That is problematic because it is a one-sided history missing important elements of the story. That thinking is understandable because the West considers the Scientific Revolution to be the catalyst and precursor for modern science. Yet we ask, how did the science of other cultures actually take part in some way in the evolution of global modern science? Needham concludes: “So without in any way diminishing the stature of Galileo we must learn to do more justice to Aryabhāta and Kuo Shou-Ching.”[1]

Archeological evidence shows that cupellation, the extraction of elements such as gold and silver from ore, was utilized in antiquity as demonstrated by finds in Mesopotamia, Babylon, Egypt, Assyria, and Sumer; dates reaching  back to 4000 BCE. Needham raised a wonderful question that he attributed to scholars such as Berthelot asking—considering people had been working with gold for millennia as metallurgists and artisans for example, when and how did alchemical beliefs emerge from what were well-known procedures? We might add a caveat that the question assumes alchemy emerged from metallurgy and herbalism. Berthelot attributed the emergence of this new thinking to magical beliefs. Needham questioned that notion arguing that linking magic and religion with what would become alchemy was limited in thinking although any study of alchemy seems unable to avoid its early association with charms and magic. Opening up our thinking about alchemy adds the possibility that it emerged, not solely from the physical processes of metallurgy or herbalism, but from the psyches of the people who practiced these arts. However, for the purpose of this section I will work from the common premise that alchemy emerged as a kind of stepping stone from antiquity to modern science.

Unlike their European counterparts in later centuries, Chinese alchemists first focused on macrobiotics. The connection to aurifaction (gold making) arose in the 4th century BCE. The Chinese equivalent to the Philosophers Stone dates to circa late 1st century BCE. Needham argued that alchemy traveled from the Arabic world to Europe circa the 12th century CE  and states that it was Roger Bacon’s (1214-1292 CE) writings and work that paved the way for alchemy going mainstream in Europe.[2]

Cyril Elgood argues that Greek medicine came to the fore c. 500 BCE and that it probably drew from medical practice in Egypt, Babylonia and Persia. Early Middle Eastern practices in turn may trace roots to Indian texts going back to 2000 BCE that discuss the theory of the humors. Microcosm/macrocosm, a theory often cited by Western alchemists (as above – so below), may have originated with a Zoroastrian text.[3] Significant to the discussion of early alchemy is the notion that despite having somewhat dissimilar goals, the Arabs and Europeans had no goal of becoming a Holy Immortal. The Western Philosophers Stone might prolong life indefinitely but was not a vehicle for becoming a god such as that of the Chinese Adepts.

The term, the Yellow and the White, was described by Ko Hung (c. 280-340 CE), a Taoist monk who wrote several treatises on Chinese alchemy. James Ware’s thorough translation of Ko Hung’s treatise, the Nei P’ien aka Pao-p’u tzu includes a chapter titled "The Yellow and the White" where Ko Hung states that Yellow refers to gold and White is the element, silver. Ko Hung explains that working with the Yellow and the White refers to alchemy and that practitioners disguise their work in a way that only the worthy adept will understand, a sentiment often articulated in Western treatises on the subject. Ko Hung admits that personally, due to the high cost he was unable to access the needed ingredients to carry out transmutation which prevented him from creating the Elixir of Life. Ko Hung wrote that he understands the irony of a poor priest claiming he can create gold and silver but assures the reader that he is writing this treatise for the benefit of future generations.[4]

On studying Chinese alchemy, Nathan Sivin discussed the dangers inherent in trying to make definite conclusions about the historical accuracy of the myriad alchemical treatises that had been brought to light. He argued that scholars must be as meticulous as possible but when dealing with a subject that tends to be written with metaphor, magic, and hyperbole, one must be careful to avoid throwing the “baby out with the bathwater.”[5] He asked:  “But is there a middle ground between the unattainable luxury of methodological purism and the patent folly of taking the sources at face value?” [6] He believed it was possible.

Exploring Chinese alchemy requires one to dive into an attempt to understand the Tao TÊ Ching. The connection between Taoism and Chinese alchemy is found in several other Taoist treatises as well. Interestingly, we might compare a similar association between Western alchemy and Christianity where the Magnum Opus took on a spiritual/religious quality for many Adepts who considered themselves the true alchemists. The author of the Tao is unknown although it is mostly attributed to Lao Tzu (c. 604 BCE). He was associated with the founding of Taoism although according to Lionel Giles, there was doubtless an existing philosophical system before the writing of the Tao Tê Ching.[7]

Taoism is believed to have emerged out of Quietism, a practice where a quiet mind must be achieved to obtain psychic balance or harmony that allowed the practitioner to become as one with one’s body and the world. For example, the Taoist hoped to achieve “perfect poise”[8] where he could become one with his hand. That oneness could transfer to a single silk thread used to catch a fish. The thread will not break because there is no weak point as it is now an extension of the hand. Power comes from “perfect poise” and was employed by experts  in any milieu whose skill derives from that deep connection between doer and that being done such as artisans.

Taoism was confusing for some people because of the way it seemed to urge that to achieve the Way, one must both do and do not. Well-known aphorisms include: “Achieve without doing; heavy as a stone, light as a feather . . . It is the unity underlying plurality.”[9] Basically, the Tao encompasses the belief, much like Kabbalah,  that nature flows from an “ultimate Reality.”[10]  Tao does not correlate to the Christian God as a being. It is reality but not a god. Giles writes:
Believing, as he [a Christian] does, that the visible Universe is but a manifestation of the invisible             Power behind it, he feels justified in arguing from the known to the unknown, and concluding that,            whatever Tao may be in itself (which is unknowable), it is certainly not what we understand by a              personal God—not a God endowed with the specific attributes of humanity, not even (and here we             find a remarkable anticipation of Hegel) a conscious God. In other words, Tao transcends the illusory          and unreal distinctions on which all human systems of morality depend, for in it all virtues and vices        coalesce into One. [11]

This is just a brief introduction into the vast topic of Chinese alchemy. You may be interested in visiting the Joseph Needham Research Institute library web page - it is fabulous. More to come . . .

Resources
[1] Needham, Joseph. “The Historian of Science as Ecumenical Man: A Meditation in the Singon Temple of
Kongōsammai-in,” In Chinese Science: Exploration of an Ancient Tradition, edited by S. Nakayama and Joseph Needham, Joseph. Cambridge, pp. 1-8. (Mass: MIT Press, 1973) 2.