This is a map, courtesy of the Huntington Library, San Marino, that shows the journey taken by a Taoist priest, Ch’ang-Ch’un. It was made at the request of  Chinggis Khan.

Collateral Damage: Surviving an Involuntary Descent to the Underworld ​  (Copyrighted 2022)
​

Finding oneself thrust into a descent to the dark psychic realm of the Underworld is part of being human. For myriad cultures, the journey is part of an initiation ritual, one undertaken voluntarily with much preparation before spending time in the lower depths of the psyche. For some, the journey comes about from outside events precipitated by typically human challenges such as disease, death of a loved one, or any of the countless events that find one gasping for breath and wondering if life can ever be the way it was before. For others, the descent may be triggered by outside individuals who neither understand, nor care, about the results of their actions. Then we ask, how might one survive an event for which there has been little or no preparation? There are hundreds of books and articles that focus on resilience; however, upon hearing stories of those who are the focus of this book, we encounter something beyond resilience. Bouncing back, getting back on the saddle, getting back into the game are worthy and to be celebrated. Yet, in some cases, the descent and ascent from deep psychic challenges, results in a surprising transformation that involves soul work.

In the course of writing about descents to the Underworld in my previous publication, Fieldnotes from a Depth Psychological Exploration of Evil: From Chinggis Khan to Carl Jung (Routledge, 2019), I was in the midst of fact checking a point regarding the CIA-LSD experiments of the 1950s-60s. Upon confirming a date about a person who had seemingly committed suicide after being given LSD without his consent, I found indications that the circumstances surrounding his death were far more unclear than I had thought. I decided to continue to explore this story although Fieldnotes had gone to press. I was astonished to learn the man who had died, Dr. Frank Olson, worked for the same government project that was involved in his death and almost certainly he did not commit suicide. Investigating further, I learned that in the 1970s a swirl of publicity regarding the story of Dr. Frank Olson and the CIA involvement in unethical experimentation with drugs instigated Senate hearings as well as a great amount of reporting regarding the case. Olson’s story, as well as the experiences of several more victims of the LSD experiments troubled me and led to a deeper exploration of an era in United States history that personified what I think of as irrational patriotism. It also illustrates how fear can wreak havoc on people’s moral compass. At the time, several men who believed their work was justified, resulted in both government workers and civilians to be thrust into a hell unwittingly and unprepared. Those involuntary descents were collateral damage that came as a result of ambition, fear, misplaced patriotism, and shady ethics. Collateral damage may seem a strange phrase to use when exploring the psyche. It is a term more often found associated with military action that results in civilian casualties. However, when someone’s actions, be they conscious or unconscious, result in another’s descent to the psychic Underworld, collateral damage seems an apt description. Hades, Hell, Xibalba, the Underworld—places that represent for innumerable cultures a journey for testing and initiation but for some, a psychological death.

There are countless stories where one is plunges into the Underworld, or one is pushed screaming for help, completely flummoxed at how they got there. These underworld tales are found going back to antiquity and sometimes have only survived as fragments that have been passed down as myth, lessons to be learned as we navigate the human experience. However, it is important to understand that a descent to a metaphorical Underworld involves a journey that is potentially life changing in a positive way or one that can result in such deep woundedness, one cannot emerge whole.

First, and foremost, this book explores stories of people who through no fault of their own, were sent on a psychological descent to hell by the hubris and arrogance of another. This book explores their stories in their own words. The circumstances surrounding their involuntary descent into the psychological Underworld will be described and placed in historical context. However, I have chosen to focus on the stories of individual people in order to look beyond the theoretical, academic consideration of the phenomenon of descent. The accounts of their journeys will be considered through a Jungian/depth psychological lens. My hope is to explore the experiences of victims of another’s hubris and to eventually look at how many survived to lead fulfilling lives.

The stories to be considered are also a warning for those who might approach a personal descent journey without the proper respect for the darkness. It is not unusual for one to hear students in Depth Psychology courses express how they look forward to experiencing the Underworld. Yet be forewarned,  we hear in myth such as the story of Inanna, preparation is crucial for a successful journey to Hades and even then, one never ascends unscathed.

Hearing the stories of people who have undergone involuntary descent journeys helps us understand the context for their experience. It is not enough to understand what they suffered but how did they find themselves on their journey through no wish of their own? For those who have not returned from the Underworld, this book acknowledges their pain and suffering, wishing them peace for whatever follows death. As well, we celebrate survivors who will always carry wounds but somehow had something in their psyche that demanded their survival. Furthermore, their stories look beyond the notion of what is commonly studied as resilience by considering their personal journey through the darkness and how they found a way through the suffering and ultimately, despite being forever changed, thrived and experienced transformation.

This page contains some preliminary information and

tentative plans for works in progress. 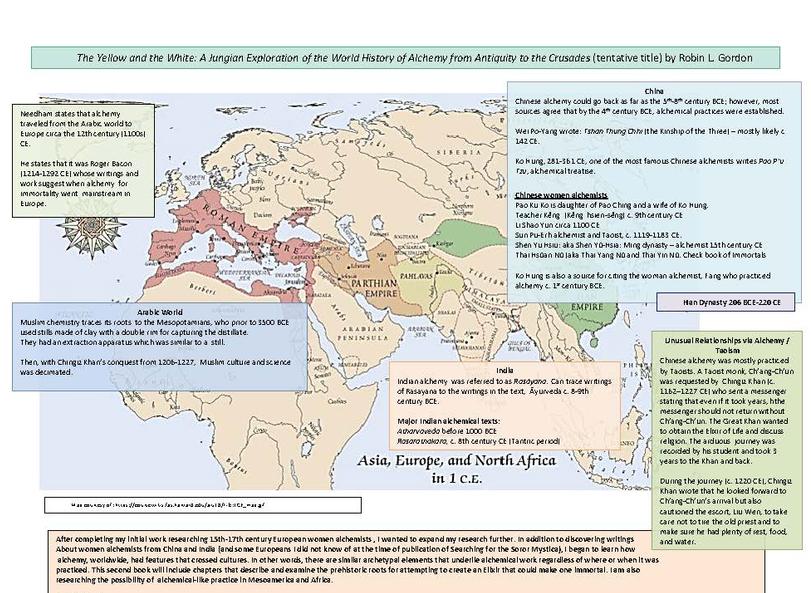